Posted by Douglas Marks on Friday, March 5, 2021 Under: Car Showroom Security
Your stock is your lifeblood, so some low-life half-inching it is never desirable. Alas, it’s probably a sad inevitability. So what’s the solution? Security. Problem is, with all manner of products and services out there to protect your site from thieving scum, where on earth do you start? 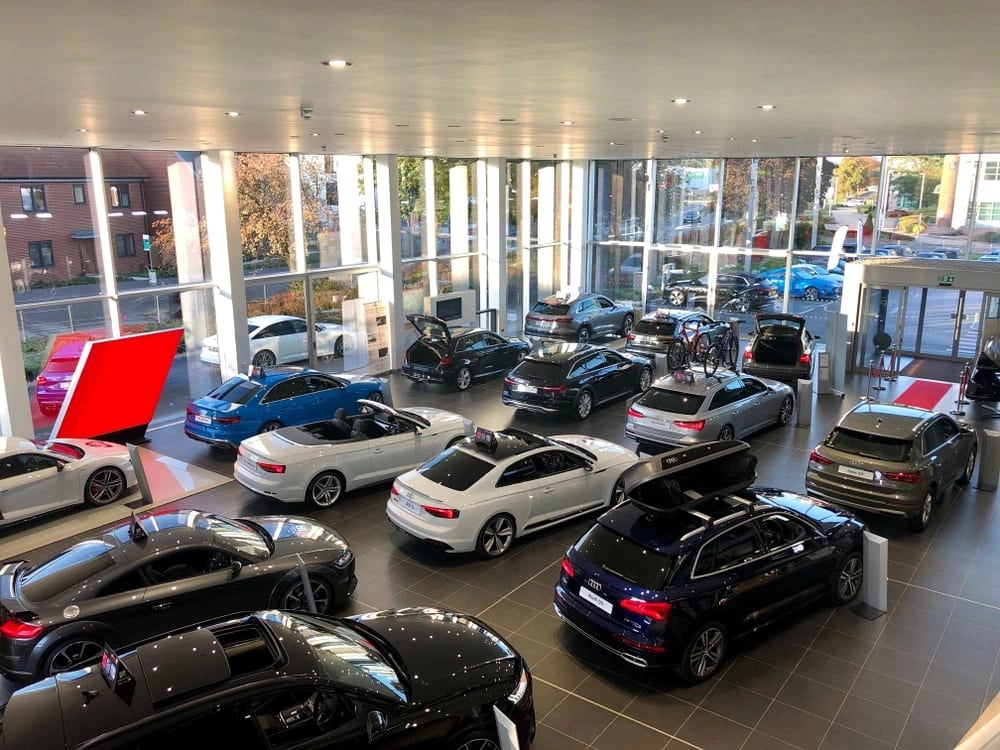 But don’t fear. We’re going to show you how to secure your dealership from undesirables trying to nick your desirables. Sure, all cars have alarms. But dealer premises? Forecourts? Offices? Workshops? Simply thinking about the logistics behind securing them is enough to have your head spinning. Don’t think it’s just actual theft that’s a worry, either. Most car dealers are also susceptible to vandalism. ‘You can never rule out the bloke walking back from the pub on a Saturday night, who, after a few too many, decides to take things out on your forecourt of cars.’ Sounds like a minefield…
The best place to start is your forecourt. Physical security is an obvious but well-proven deterrent. But here, care is needed, to blend an open forecourt that’s easy to manage (how easy is it to get display cars on and off, for example) with good, solid deterrents like bollards and posts.  Moving the stock indoors is not an option for most. Apart from anything else, this is a real deterrent to customers, hindering out-of-hours browsing. However, installing less obtrusive physical security measures, such as a perimeter fence between the public road and the premises, is often a surprisingly effective measure. ‘Anything to make their life hard,’ our sozzled pub-goer would probably struggle to clear it!
Moving further in, there’s the added problem of frontage security. ‘Most dealerships go, or are forced to go by manufacturers, for fancy-looking doors – glass and steel,’ these don’t lend themselves to high security. They may look it, but they aren’t. What’s more, most thieves aren’t too fussed about simply reversing a car through them. You may think bollards would be the solution, but many manufacturers say no.’ Indeed, observing the standards laid down by manufacturers is one of the biggest issues facing dealership security. That’s why it’s so important to have a risk analysis conducted before you start considering more in-depth security measures. 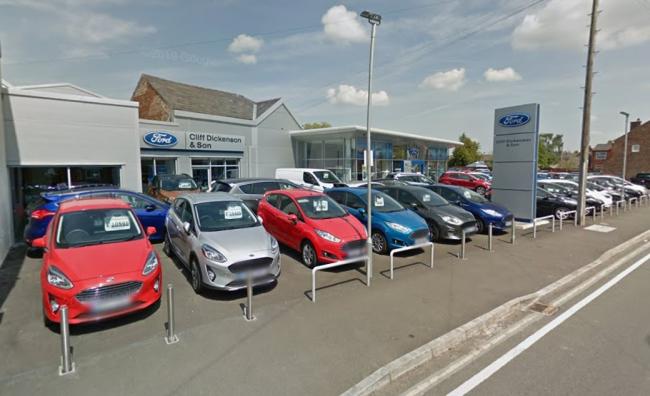 This looks at the possible threats to your site, and the best means of countering them. An assessment will include both internal and external factors – such as crime in the area – and also observe the ground rules in place, such as those dictated by your manufacturer and insurance company. ‘It’s not just hardware – there needs to be methodology behind it.
‘Security systems need to be designed in the correct manner – one that underlines responsibilities, too. It’s not good enough to have a super system. There needs to be good housekeeping measures behind it. Duties and responsibilities for the dealer manager on how to manage protecting his site have to be laid down. This is one of the biggest issues facing security – laying down who is responsible for what.’ This should be considered essential, in seeing just what’s needed to best secure your premises, many insurance companies insist on it, in order to get the right grade of alarm (grades are one, two or three). There can be issues if you have a break-in and haven’t had a risk assessment done. Make sure, though, that it’s only carried out by certified companies. Look for FSAIB or NSI approval.’
Of course, the easiest way to steal a car is to take the key. With modern car security systems, this is increasingly becoming a favoured route for thieves. But is your keybox more of a bent piece of metal tacked to a wall?
Bad news, £500 should be what you’re spending on this – it’s your only real barrier between thieves’ hands and your stock! Make sure it’s bolted to the wall or floor as well.’ Try companies like Keytracker (see back page of this issue), who will be able to help. Casual thief, doing a ‘reccee’ – they’ll ask for a test drive of something flash, follow you to where the keys are kept, noting it all for later. Many reckon there’s no beating the physical presence of a security guard. Here that you need to carefully consider what you’re buying in to. ‘A guard on site is not cost-effective,’ he says. The alternative? There are several, if a physical patrol is vital. The cheapest is a keyholding guard – someone who locks up the site, gives the keys to a central control room, then releases it again the next morning. They’re not permanently on site, but will carry out full checks of the perimeter to make sure everything’s secure and nothing dodgy’s going on.
But if that’s not reassuring, you can have a series of patrols, where a guard will drive up to the site at set intervals, to have a walk-round and ensure it’s all good. Again, not ideal, as thieves quickly get wise to it, but it’s nevertheless a deterrent and can stop robberies in action. Some of the larger, more expensive hauls are not the work of a moment…
That’s where the alternative comes in. CCTV. This is your ‘permanent security guard’. The best solution is any form of CCTV and alarm activation via motion detection’, most people are now aware of the many merits of closed-circuit television. You may already have a system installed. It’s probably been up there a few years, and more than likely records images to a VCR or other such system. That, readers, is now old tech, but you may still be able to use the cameras.
Most CCTV cameras, incidentally, are analogue, but digital is starting to come to the fore. These exploit internet protocol technology – each camera has its own IP address, and operates effectively like a big webcam. The images are stored in megapixels, so are higher-quality and easier to blow up.  But the first thing you must consider is if you want a straight CCTV setup, or a monitored package. Everyone we spoke to seemed to agree monitored was better. Boyce says the ethos behind CCTV today is to make it a preventative tool, rather than a post-incident means of detection.
So what should you consider? The position of the cameras, certainly. A mix of fixed and moveable is important – with, a fixed camera on the gates, so you always have a record of this. ‘Link it with number plate recognition technology, so you have records of all movement in and out, and a searchable archive to help detection afterwards.  Your detectors are vital, too. ‘Dual tech’, a mix of passive IR and microwave, stand the best chance of only sending reliable alerts. False alarms are the bane of the monitoring industry – don’t forget, the detectors are the camera’s real ‘eyes’ so you shouldn’t skimp here.
The forecourt should also be bright enough – make sure, says Boyce, that your lights don’t auto-off at midnight, and consider infra-red for areas with strict light pollution rules – but the real magic, the real genius of CCTV, is audio. Basically, speakers, that allows the control centre to target an intruder – and speak to him! ‘This really works,’ ‘99 times out of 100, it encourages intruders to quickly move on.
Your monitoring company should meet BS5579 and BS 8418 standards – this ensures they have interlocked doors, dual communications lines, independent power supplies, a disaster recovery plan, the works. More like bunkers than plain receiving centres. ‘The cheaper alternative is some guy who you hope will get up in the night when his laptop starts flashing,’ the only way to ensure direct police response is for your receiving centre to meet such BS standards. Of course, this raises the issue of false alarms. Have too many and you’ll lose this police priority response entitlement. Hence, the importance of proper design and management.
So, considering all this, can you really afford to skimp on securing it? Remember, thieves aren’t going to go away – but you sure can ensure they don’t go near you