Posted by Paul James on Sunday, March 7, 2021 Under: Hotel Security
The Institute of Hotel Security Management was founded in 1987. Its membership comprises security management staff from large, five-star hotels across the UK. Those members meet regularly, sharing information on security issues with a view to preventing and deterring all forms of crime committed in hotels. 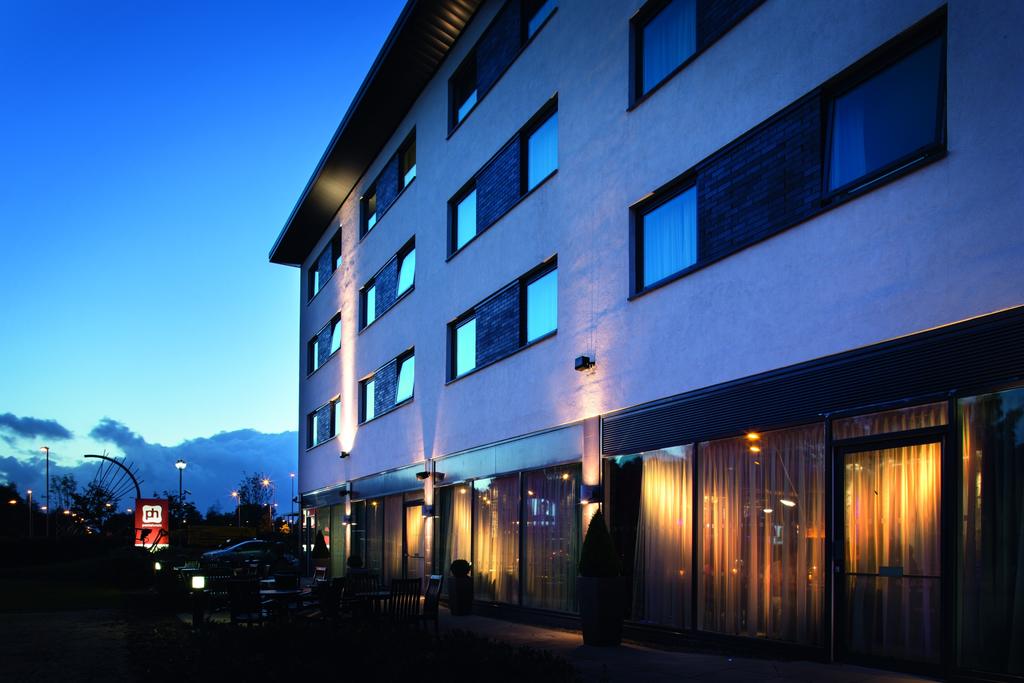 “It’s not just Warrington hotels that are co-operating in the fight against crime,” . “There are similar organisations involved up-and-down the country. Hotel security managers in Glasgow, for example, have operated a ‘Hotel Watch’ scheme since 1992. Here, managers and security staff use e-mails and faxes to alert fellow scheme members about specific incidents that have happened or been prevented on their premises.”
Both Manchester and other major cities that boast ‘in situ’ security personnel often merit a score of “nine out of ten” for their security operations. Elsewhere, though, it’s a rather different story. “Provincial hotels generally have poor or average security precautions in place,” . “Usually, only rate them at around four or five out of ten unless they employ a security professional.”
Whether your hotel stay is for business or pleasure, you want to be certain that treasured personal possessions and your own safety are equally well ensured. Many of us have been unfortunate enough to have items stolen from a hotel room at some point, while the truly unlucky will have suffered something more dramatic. Credit card fraud, personal attacks perpetrated due to drunkenness and acts of terrorism are some of the main security issues that can affect hotels and their guests. It’s also fair to say that those establishments boasting their own nightclubs and extensive car parking facilities may fall victim to more instances of loutish behaviour and attempted theft than those without.
Vigilant staff: an ‘essential’
By their very nature, hotels have to be open to the public. That doesn’t mean they should be open to everyone, however, including those intent on abusing the services on offer. A resident is someone who has contracted a room for payment. They are a needed person in the hotel. Non-residents cannot be served alcohol outside of licensing hours [local laws do apply], and there’s a potential for conflict when someone has either consumed too much or too little alcohol and demands more.
Hotel staff can refuse to serve alcohol to anyone who is – or appears to be – either under the legal age limit or intoxicated. Bar staff have a duty not to allow unruly, offensive or drunken behaviour. A good habit for security managers to instil in hotel bar staff is that the latter are not permitted to serve alcohol without checking a person’s hotel registration card, not their door key. This ‘rule’ doesn’t always apply in hotel restaurants, where alcohol may be served with food under a ‘supper’ licence. 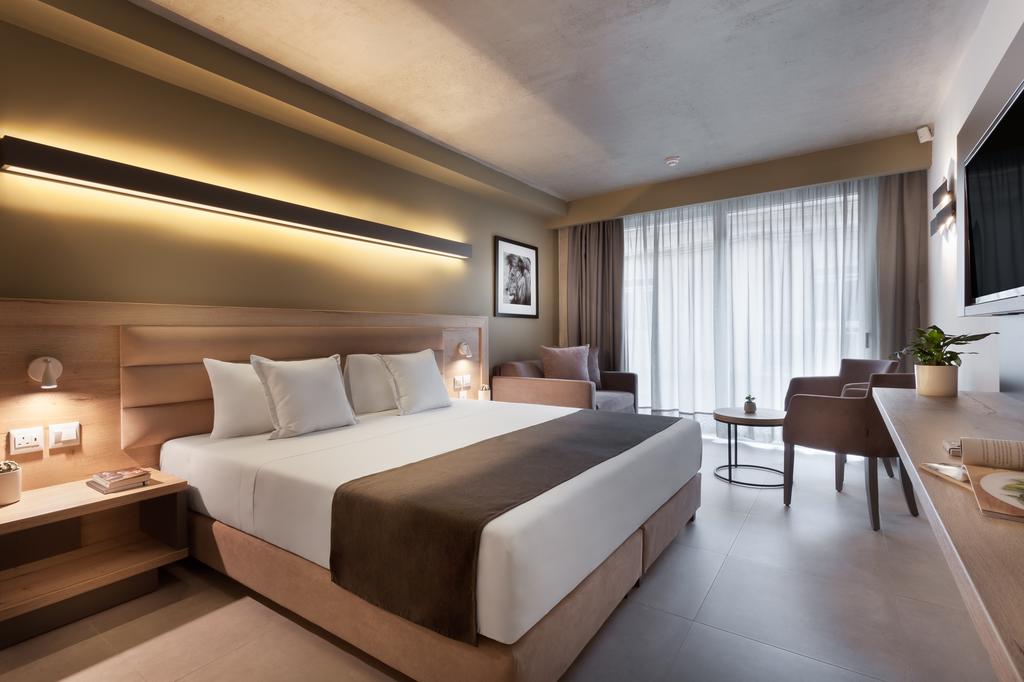 ‘Undesirables’ in a hotel would be the individuals who decide to host an impromptu party in their room, waking up the entire landing in the process while rearranging the furniture to mirror the latest exhibition at the Tate Modern. Also classed as ‘undesirable’ would be those who attempt to obtain services without paying, and anyone who’s abusive, threatening or intimidatory.

How can security staff deal with these individuals? Diplomacy is the answer, most certainly in the first instance. Ask them if they’re a resident, and for their name. Begin with the calming voice and, if necessary, escalate to: “Stop what you are doing. If you don’t, I’ll have to ask you to leave the premises.” Once this stage is reached, security personnel need to bear two facts in mind.
First, as the employees of a private establishment, security staff have every right to use reasonable force in removing someone from the building (provided that course of action is communicated to the person on the receiving end). As soon as someone verbally or physically threatens a member of staff they should call for assistance. The member of staff – be they part of the security team or otherwise – must only act in self defence. When out of range of immediate assistance, it may be possible to use the fire alarm call points (break glass). Is the fire alarm/malicious fee comparable to saving someone’s life?
Basic security requirements
Recommendations for basic hotel security would include the installation of bespoke CCTV systems, access control and perimeter security, electronic keys for bedrooms and storage areas designed to protect cash and valuables belonging to members of staff and residents. The Institute advises that security cameras be installed in lobby areas, opposite lifts and, in the case of some hotels, to cover corridors. “It’s essential to locate CCTV cameras focusing on every entrance and fire exit,” . “Goods-receiving areas require full coverage because of the heavy activity of personnel.” Bars and Conference Rooms should also be covered, not only to deter theft but also for basic Health and Safety.
One of the main reasons for installing CCTV is to prevent theft. Criminals who target Conference Rooms and lobby areas with the aim of stealing laptops. “They will bluff their way into meeting rooms by pretending to be the guests, and then remove the laptops and, sometimes, credit cards,” “Other laptop criminals enter car parks and force open car boots on the off-chance that guests have left them there. One hotel had 17 cars broken into using this method and, although the thieves only made good with one laptop, the damage and losses amounted to over GB pound 15,000.”
Improvements in the design of architectural ironmongery for doors, windows, fire exits, entrances and perimeter security should always be considered by security professionals. “The essence of good door security, whether it’s external or internal, is the quality of the door itself,” “The strength of the lock, the structure of the frame and the success of each door element may be measured by the resistance to unlawful entry.” Checking staff, having closed doors and ‘Do Not Disturb’ policies in relation to the servicing of bedrooms, improved controls on the storage of personal data and higher perception in the use of computers are also issues that ought to be addressed.
What about credit cards?
There are about 20 active hotel burglars from the West Midlands who have committed hundreds of crimes against hotels all over the country. “Their modus operandi is to steal master keys and enter bedrooms and Conference Rooms with a view to stealing credit cards, driving licences and other forms of identification.”  “They’ll obtain PIN numbers by contacting the victims, and they can also elicit details from web sites. They’ll then visit banks and building societies and remove cash, and have been known to contact credit card companies direct to try and have the innocent victim’s credit balance increased.”
Credit cards are a God-send for hotels and criminals alike. If a ‘funny’ card is presented to a member of staff, and that employee is prompted to call the authorisation centre then they should! Keep the would-be thief talking. Make a joke about them spending a lot for a change. That does happen at Christmas time! Perhaps the receptionists might like to inadvertently drop the credit card down the back of the desk as a delaying tactic. When the telephone call is made to the authorisation centre in front of the person presenting the stolen or fraudulent card, use a specific phrase. Don’t allow the reception staff to say: “I need a Code X. I have a stolen card.”
Check the card thoroughly. If it’s stolen, tell the hotel’s member of staff to check the person in. They’ll then call the police to attend the scene. If a signature card is scratched and/or unreadable, take no chances. Call the authorisation centre even if it does pass muster with the hotel’s card reading terminal. Criminals will also attempt to steal and then hide master keys in false roofs (or elsewhere within the hotel) for future use.

The theft of master keys is a big problem. It can allow criminals to enter rooms at will and, for example, appropriate car keys belonging to prestige vehicles which may then be ‘ringed’ for sale abroad. The intelligent thieves will have computer disks all ready-prepared complete with files replicating forged tax discs and vehicle logbooks.
Striking the right balance
In general, the dilemma for the hotel security manager centres on the balance to strike between providing efficient, effective security but, at the same time, not making it too intrusive that it overwhelms guests into thinking their every move is being watched. Hotels are covered by the Data Protection Act, which requires uniformity in terms of informing the public what systems are actually in place to protect them.

In hotel car parks, the security profile ought to be plainly visible and high, while in reception, at entrances and in corridors a softer approach can be employed. “Obviously, those hotels believed to be more vulnerable or that tend to have guests staying who enjoy a higher profile – such as diplomats, royalty or celebrities – would need a much higher visibility approach to deterring terrorists.”
“Any hotel’s success is centred on providing guests with everything they need to relax and enjoy their stay,” proffers Crook. “That being the case, we must create an open, accessible and welcoming environment but, at the same time, maintain subtle and exceptionally high levels of security without alarming guests.” Creating a visual security presence, particularly at a time when terrorist activity is an ongoing threat.

“It’s a known fact that terrorists have recently been looking to target hotels in the UK, and particularly those in central London,” he comments. “Terrorists will often stay in hotels while they plan their attacks, and even use their rooms as a base for assembling explosive devises. Hotel security managers must ensure that registration policies are stringent and carefully monitored, and that CCTV systems installed are of the highest quality.”
The importance of training
Focus is on providing a visible and effective security service that doesn’t make guests feel uncomfortable,” . “That’s why all of our operatives undergo an intensive induction process covering everything from an introduction to the neighbourhood surrounding the hotel through to a minimum two-week programme of shadowing experienced officers.”
As you’d expect, training is a key issue when it comes to hotel security. It’s recommended that personnel should be trained in their approach to dealing with guests, customers, staff, criminals and trespassers.
Criminals and trespassers come in various guises – bag thieves, burglars, prostitutes and fraudsters to name but a few. Therefore, a high level of skill and experience is required before approaching people entering the hotel. Staff should also be trained to initiate a ‘feel good’ factor about someone entering the hotel, and be instructed to remain vigilant and aware of ‘suspicious’ persons and activities at all times.